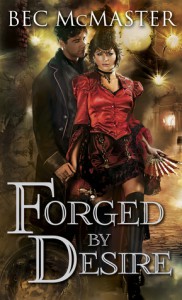 This book really peeved me - now I haven't read any of the earlier books in the series and maybe that's where the disconnect is, but considering some of my problems with the book I think the responsibility must fall back upon the author.
- Why the hell do the Nighthawks exist? None of the blue bloods fear or respect them. All they seem to do is squabble amongst themselves. They have no power, no mission and are too caught up in their internal strife and personality conflicts to be taken seriously.
- The female lead Perry; I assume she has to be kick ass to join and stay with the nighthawks for 9 years - so why the hell wasn't she? Instead she's frozen in fear, hysterical, weeping, cold, recklessly/blindly running into danger due to her fear (?) And she keeps running away - from everyone, from her earlier traumatic incident, from Garrett - several times. Lots and lots of women are dead (both from Perry's first traumatic incident and now) but Perry refuses to tell anyone about who might be behind it all because she's afraid - just what sort of nighthawk does that make her? A pathetic one if you ask me. Besides from her sword training with Lynch, Perry is never proactive, never kick ass and never shows me why the Nighthawks keep her around.
- The romance. So one night Perry gets tarted up in a dress and I'm supposed to believe this event opens her best friend's eyes to her as a woman and he's suddenly attracted to her (after nine years?) More and more it felt to me as if Garrett's rising craving levels were to blame for his attraction to Perry - which the author completely failed to convince me meant that he was truly in love with her.
This book - just really annoyed me. The set up of the world - could have used a quick couple of sentences to elaborate for a newbie. But overall the romance - due to the drab heroine - was the clincher for my dislike of this book. I'm puling the pin at the 60% mark - I just don't care what happens to this couple.
Tweet